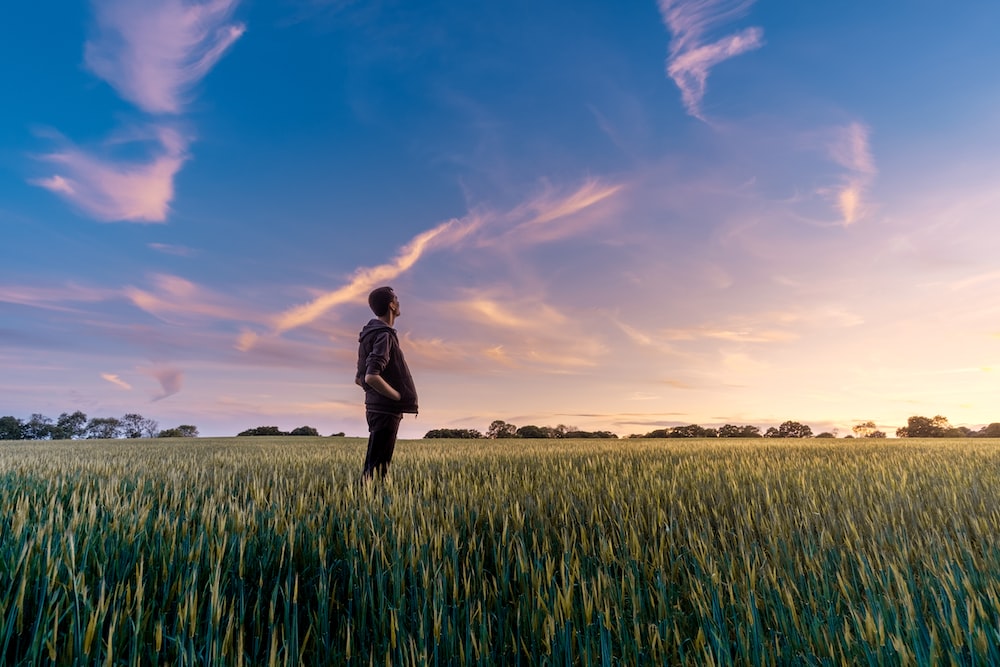 Myers Briggs Type Indicator (MBTI) is a personality type assessment that has had controversy in the realm of psychology over the years. Even though there may be disagreements to the validity of MBTI, we don’t think it’s wise to throw it out altogether. We believe that if you truly understand the fundamentals, it can be a valuable theory to use to help you understand human personality intuitively.

Today, we are going to explain the 8 cognitive functions that established the foundation of MBTI so that you can gain a deeper understanding to formulate your own conclusions about the validity of MBTI.

Where Did MBTI Come From?

Originally, the theory of how our cognition functions in MBTI was created by Carl Jung. He was a Swiss Psychiatrist and Psychoanalyst who founded analytical psychology in the 20th Century. Later, the theories of Carl Jung was adapted by Isabel Myers and her mother, Katharine Cook Briggs to develop a psychological assessment and framework known as Myers Briggs Type Indicator (MBTI). The assessment and categories of the MBTI has its controversy, but we believe the original theory of Carl Jung in his discovery of cognitive functions has sound insight.

MBTI consists of 16 different personalities that someone would fall into the category of. After you take the personality assessment, it uses your answers to closely match you up to 1 of the 16. Due to user error and the potential inaccuracy of the MBTI test itself, the assessment is believed to have inefficiency in typing your personality. Also, since it puts you into categories, this can create limitations for people. Nevertheless, we do believe that the theory behind MBTI has truth to it and can have tremendous benefit in your own psychological understanding if you approach it with a fundamental understanding.

Instead of us trying to type you and make you fit into the category that we think is best, we are going to help you understand the theory behind MBTI. We hope that this will allow you to be able to critically think and come to your own conclusions to which of the 16 personalities you resonate most with. Even after coming to the conclusion, we believe that all people are individually unique. We think that there are general truths to the categories, but, in the end, we believe that everyone falls into a limitless spectrum between all 16 types.

The 16 different categories that MBTI has created are:

From the 16, there is a further breakdown with each category that explains how each personality type functions. As you can see, there are 4 symbols that follow the main personality type. This is where Carl Jung’s theory of Cognitive functions come into play. With each symbol, whether it’s Si or Fe, these are indicating the cognitive functions that Carl Jung Theorized humans to have. In total, Jung theorized there to be 8 different ways that humans psychologically process. We think that if you understand these cognitive functions, then this will allow you to have a better foundation to understanding MBTI.

The breakdown is as follows:

As you can see, the symbols consist of a uppercase and lowercase letter. Each symbol refers to a different cognitive function. Each cognitive function is either extroverted or introverted in orientation. Extroverted functions are geared towards action and interaction with the environment around you, while introverted functions process through analysis and reflection. The combination of extrovert/introvert with intuition, sensing, feeling, and thinking determines the way you cognitively process.

Below, is an in-depth analysis by Heidi Priebe at ThoughtCatolog.com that provides us with expertise on the 8 different Cognitive functions.

Extroverted intuition generates new possibilities, synthesizes abstract ideas and picks up on connections in the external environment. Extroverted intuition is capable of entertaining multiple contradictory ideas simultaneously as it sees almost every side to every situation. It is predominantly a future-oriented function that examines all the possibilities of what could happen next.

People who lead with extroverted intuition are usually excitable, entrepreneurial and highly creative. They intrinsically enjoy debating ideas, exploring various interests and they view almost everything in life as a challenge. They are constantly thinking about what to do or experience next, but have a difficult time sticking with just one idea or plan long-term.

Introverted intuition forms a framework of how the world works based on thorough, abstract analysis of past and current events. It aims to identify the ‘essence’ of ideas, theories, people and situations in order to fit them into a larger schema. Introverted intuition is a forward thinking function that seeks to identify the optimal or most likely outcome of future events.

People who lead with introverted intuition are usually intense, focused and highly perceptive of inconsistencies that arise in their external environment. They enjoy riddles, puzzles and wordplay. They often experience ‘hunches’ or ‘aha’ moments that they may identify as epiphanies. Their intense foresight is a product of their future-oriented introverted intuition subtly pairing with their inferior extroverted sensing.

Extroverted sensing is focused on taking in the world as it exists in the present moment. It is highly in tune with the sights, smells, sounds and general physical stimulus that surrounds it. Extroverted sensing lives and thrives in the moment, more so than any other function.

People who lead with extroverted sensing are often naturally athletic, highly impulsive and enjoy ever-changing stimuli. They place a high value on aesthetics and lust after the ‘finer things in life.’ Extroverted sensors usually aren’t interested in over-analyzing a situation – they simply see what they want and they go for it. These types tend to exude a natural sense of confidence, as they are usually quite sure of who they are and what they want.

Introverted sensing is a detail-oriented, information storage function. It takes note of facts, events and occurrences exactly as they happen and categorizes them, somewhat like an internal filing system. This is a past-oriented function that dwells predominantly on what has been and it often gives way to nostalgia.

People who lead with introverted sensing are organized and structured, as they believe in being prepared for any potential mishap. They hold tradition in high esteem and believe that the tried and true method is always the best way of getting things done. Introverted sensors believe that the future will repeat the past, more so than any other type. Introverted feeling is the in-depth analysis of emotional processes and morality. It seeks to break down emotions to their core and understand them as wholly as possible. It also develops a strong internal system of right and wrong, which the Fi user employs to make decisions. Introverted feeling searches for the deeper meaning behind absolutely everything. Introverted feelers are highly aware of and in touch with their own emotions, and when they put themselves in the shoes of others, they can often feel their pain or joy on a personal level.

People who lead with introverted feeling are compassionate, analytical and often highly concerned with moral issues. They are usually highly creative or artistic, and may feel as though nobody else truly understands who they are deep down. Because their feelings are introverted, Fi-dominant types aren’t always comfortable expressing how they feel outwardly. They have a rich inner world that they want to guard and yet they often secretly wish that others were capable of tapping into it.

Extroverted feeling is highly concerned with maintaining social norms and keeping the peace. It is a decision-making function that strives to do what is best for the group and picks up naturally on the emotions of others. It is a mirroring function that may cause the user to have trouble deciphering their own feelings without the input of others. Extroverted feeling requires social interaction to stay fulfilled, more so than any other function.

People who lead with extroverted feeling are highly reactive to the feelings of others. They seek out social interaction relentlessly, as they feel the happiest and most alive when they are in the company of loved ones. They seek to maintain harmony and keep the peace at all costs – they cannot fully enjoy themselves unless the people around them are healthy, happy and comfortable.

Extroverted thinking seeks to impose order on the external environment as efficiently and logically as possible. It values productivity above all else and is a results-based, action-oriented function. Extroverted thinking naturally implements concrete plans for accomplishing goals and is quick to make decisions.

People who lead with extroverted thinking are frank, decisive and highly productive in every capacity. They are natural leaders in the workplace as they are quick to take charge and impose order. Dominant extroverted thinkers may come across as bossy or opinionated to those who lack the function, but in reality they are simply pointing out what they believe to be the most efficient course of action for everyone involved.


Introverted thinking is an information-gathering function that seeks to form a framework for how the world works on a concrete, tangible level. It is adept at understanding systems and naturally notices inconsistencies within them. Introverted thinking seeks a thorough understanding of how things work – it wants to deconstruct things to look at the individual parts and see how things function as a whole.

People who lead with introverted thinking are logical, systematic and objective to a fault. They enjoy finding ‘short-cuts’ that increase efficiency within a given system. Ti-dominants are often heavily introverted, as they take a great deal of time to understand how things work before they feel comfortable sharing or acting on their knowledge.

How to Determine Your MBTI Personality Type with Cognitive Functions

Once you have a good understanding of all 8 cognitive functions, it will be up to you to determine which one you use most often. This will be your first function in the ordered list of 4 with each of the 16 personality types for MBTI. After you discover the main cognitive function that you typically use, you can look at the list of 16 to see which type uses that function first. From there, you will be down to one of two types that you could possibly be. For example, if your dominant function is Se, then you will either be an ESTP or an ESFP. Now that you’ve narrowed your choices down to 2, it will be easier to analyze.


As you can see ESTP and ESFP are both made up of 4 cognitive functions.

No other types out of the 16 have Se as their dominant, first in the list, function. Now, you’re down to deciding between two functions that could be your secondary function. In this case, it’s either Ti for ESTP or Fi for ESFP. Read the descriptions over again and pick the one you most relate to.

There you have it. For any of the personalities, this technique can be applied. All you have to do is know what your dominant and secondary functions and this will be a quick indicator leading you to what type you most relate to. From there, you can further analyze your personality by studying the third and fourth functions of the ordered list. Now that you know the underlying reasons to why you function the way you are, you will have additional insight for you when you are studying MBTI.

MBTI, at first glance, may seem like an arbitrary personality test with no rhyme or reason. However, it is deeply rooted in psychological theory of Carl Jung. There is more to MBTI than just taking the assessment. Only until you have fully understand Carl Jung’s theory of cognitive functions, will you be able to unlock the full scope of what MBTI has to offer for human personality.